This blog post is part of our #femalefintech initiative, which showcases women in the fintech scene.

Where are they, the women who invest?

My name is Katja Ruhnke and I ask myself this because for the life of me I can’t explain it. Never before has there been such an educated and wealthy generation of women with so much access to capital, via better salaries, the more women get into decisive positions. About inheritances, which daughters have long since ceased to simply pass over. And even if the money comes from a divorce. Where is it? Who does something with it? Until the 1960s, women in Germany were not allowed to manage their own assets; indeed, they were not even allowed to open their own bank accounts. It is all the more astonishing that we do so little with it today. There is no one who can or should patronise us. Not even out of convenience.

I myself had already had contact with shares from a young age and as a child in a family of entrepreneurs I was no stranger to talking about capital, financing and finance. However, I have to admit: I had never dealt with start-up investments. Today I know that this is exactly where the leverage is incredibly high. Especially for women. For a long time, however, my knowledge did not go beyond “Die Höhle der Löwen”. After all, this entertainment show often features female founders and there are also women among the investors, first and foremost Judith Williams.

Unfortunately a bit out of touch with reality

Unfortunately, this has not much to do with reality. Firstly, because the world of innovative business models is very strongly male and just as elitist. White sneakers may be true. But so is an elite university. Secondly, because the influence that investors have goes far beyond “thumbs up, thumbs down”. And because the two are interrelated. Imagine one of these rooms as it really is. A founder pitches her business idea convincingly.  When she’s done, she gets asked a question: “Do you want to have children someday?”

That this happens is anything but unusual. Because her counterparts are usually men. And because those who come into the room before and after her to convince the round of investors are also men.

Start-ups by women or with women in the team

That’s why we need more women to invest. After all, they do so mainly in other women. But there is something else. A little more than in other women, which is what more than 60 percent of all female business angels do who were interviewed in a study by IUBH professor Alexandra Wuttig, they invest in startups with impact, namely around 70 percent of them.

This means, above all, that ecological and social topics must not only be on the periphery, but at the core of the business idea in order to score points with female business angels. And what more do we need to secure our future than for these issues to be tackled, and with entrepreneurial answers? Moreover, business angels do not simply open their wallets.

Opportunity: Helping to shape the business world of tomorrow

Young founders also seek contact in order to have sparring partners, advisors and those who simply take a closer look at an emerging company from the outside. What is the culture? What is the founders’ own attitude to success, money and growth? How do they solve minor or major conflicts, for example internally, how do they manage major challenges? It is a chance to help shape the professional and business world of tomorrow. Especially as a woman and especially today, it is an opportunity to influence the decisive hinges of the economy and society that we can create for ourselves. Without quotas and without glass ceilings.

And so it is a question of participation as well as that of Germany as a business location, how we can motivate more women to become business angels. It is a common cliché that this requires hundreds of thousands of dollars in play money and very special access to the economic elite. The opposite is true. My sister and I, who invest together, have never had the experience of being excluded or having it made particularly difficult to just get started as business angels. Anyone can invest. All she needs is to take her own money into her own hands.

You can also hear more from her about female business in the September 2021 edition of the nushu podcast: “Business Angels, Invest in Women Startups!” 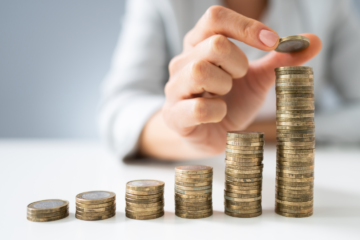 Our Interviewpartner: Vanessa Dietz, Project and Investor Relations Manager at bettervest GmbH What was the motivation for the relaunch of the platform and the logo? The relaunch is the result of our own refocusing. We Read more… 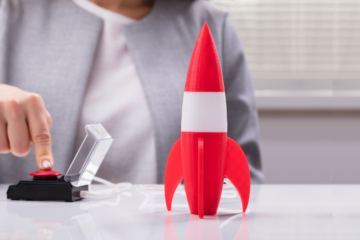 Our Interviewpartner: Uli W. Fricke, CEO of FunderNation GmbH What was the motivation for the relaunch of the platform and what changes have resulted? FunderNation was founded in 2014 and has constantly developed and improved Read more… 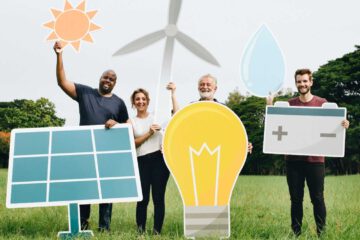